Whether exploring the windswept pampas plains and sky-piercing peaks of Argentine Patagonia or learning to tango and dine late into the night on the sultry streets of Buenos Aires, traveling in Argentina overwhelms all of the senses – and leaves you immediately booking your next visit.

A bewitching country that combines a variety of traditional and modern cultures, delectable cuisine and magnificent landscapes, visitors to these shores leave having learned the following seven crucial lessons about Argentina.

1. Asados and red wine are the culinary symbols of Argentina Wherever you go in this country, two staples will always be guaranteed: asado and red wine. A central feature of Argentina’s culture of delicious gastronomy, travelling here is never complete without eating your weight in meat cooked over the parrilla (grill) and washing it down with a glass (or three) of home-produced, award-winning Malbec. After a few weeks of holidaying here, you soon learn to appreciate the important difference between the bife de lomo and the bife de chorizo – and no, you’ll never tire of eating them.

2. Yerba mate is the national drink

A non-alcoholic beverage favored by the general population, mate (pronounced maa-té) is a bitter drink prepared by steeping the dried yerba leaves in hot water and is drunk from a hollowed out calabash gourd through a special metal straw or bombilla. Exceptionally rich in caffeine, many Argentines drink copious quantities of the stuff to maintain their energy levels throughout the day.

3. The landscape will get your pulse racing From the hike up to Laguna de los Tres for face-to-face views of Monte Fitzroy near El Chaltén, to the world-renowned Iguazú Falls which straddle the border with Brazil in the north and the more sedate, but still overwhelming experience of watching ice ‘calving’ from El Perito Moreno Glacier near El Calafate, Argentina packs quite a punch. And the wildlife is memorable too. Colonies of Magellanic penguins patrol beaches along its east coast, while guanacos (a close relative of the llama) are prolific on the Patagonian plains.

South America is known for its lax attitude towards timekeeping, and Argentina is certainly no exception. Visitors here soon learn that buses do not leave on time, an arranged hour of meeting will rarely be met and that if you’re hoping to enjoy one of the country’s numerous high-quality restaurants, don’t expect them to be open before 8.30pm. In fact, most locals don’t start dining until 10pm or later, particularly during the summer months, so adapting your eating habits to make the most of long, warm evenings is your first step on the road to becoming a true Argentinian.

5. Ushuaia isn’t actually the “end of the world” Although marketing itself as the city at the end of the world, this title is disputed by nearby Puerto Williams – another settlement across the Beagle Channel on the Chilean side of Tierra del Fuego. That said, it doesn’t actually matter: visiting Ushuaia is a lesson in brisk winds and exceptional vistas. Standing at the main harbor and watching the Beagle Channel stretching out before you is a way of making your feel tiny and insignificant but still in awe of Argentina and everything she has to offer.

6. Welsh Patagonia is almost another world

Visiting the infamous Patagonian tea houses in Puerto Madryn, you soon learn that Argentina is certainly not home to one homogeneous culture. In this and other small towns in Welsh Patagonia, the walls of the tea houses are lined with Welsh Dragon tea towels, Welsh dressers storing fancy family china, and home-knitted tea cozies to keep the tea pots warm. The settlers who came here from Wales in the 1800s might now speak Spanish, but they’re fiercely proud of their roots.

7. You have no choice but to fall in love with Buenos Aires – and Argentina It’s hard to pin down exactly what makes Buenos Aires so captivating. Perhaps it’s the tango dancers you’ll see performing in the open plazas, the mix of neoclassical and modern architecture that lines each and every calle, or the exceptional restaurants and bars that bear testament to its Italian and Spanish origins. Known as the “Paris of South America”, visitors regularly find that this is the South American city – and country – where they leave their heart. 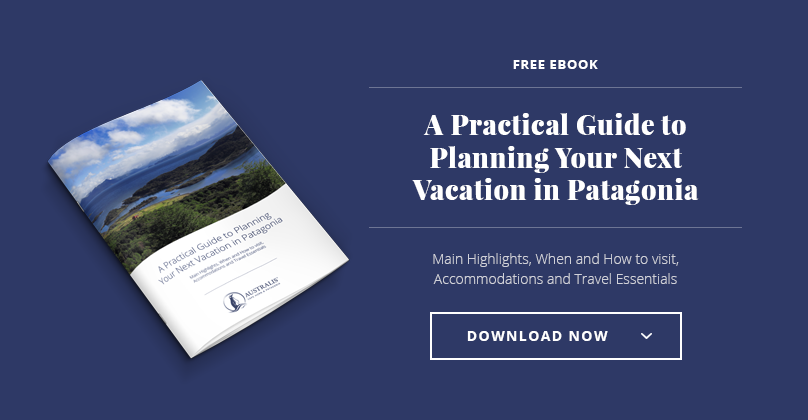