A small, unassuming oasis settlement, San Pedro de Atacama sits at the heart of one of Chile’s most mesmerizing geographical features: the otherworldly scenery of the Atacama Desert. A dramatic landscape of vast salt plains ringed by smoking, volcanic peaks, this region is a firm favourite on the Chilean tourist trail.

San Pedro de Atacama has become a gateway for visitors to explore the region’s impressive natural attractions. But the Atacama Desert which surrounds San Pedro de Atacama is an important site for scientific and archeological study thanks to a number of geographical and historical features of the region.

A place of high scientific interest, the Atacama ranks as the world’s driest non-polar desert, with some parts not having seen rainfall in over 400 years. The average precipitation for the region is less than four millimeters per year, and the aridity found here is so great that some of the 20,000 ft. (6,100m) mountains that litter the Atacama Plateau on which it is found are free of glaciers.

The legacy of water

Some of the area’s most captivating sights show that the region was once home to a series of lakes. The largest was El Salar de Atacama, which has since dried to form a huge salt flat that encompasses 1,200-sq. miles (1,900-sq. km); making it the largest in Chile.

A number of other lakes have survived the passage of time. One of the most visited by tourists to the region is Laguna Cejar: a sinkhole, its salt concentration peaks at 28%, allowing bathers to enjoy a floating effect similar to that found in the Dead Sea. Nearby Laguna Chaxa is also impressive and can be visited from San Pedro de Atacama. The native South American species of Andean, Chilean, and James flamingos can be found here at certain times of the year, spending up to fourteen hours per day feeding off the saltwater shrimp in the water.

Flowers in the desert

Further afield in the Atacama Desert lie examples of how this region remains an exceptional and intriguing part of the Earth for botanists.

Despite ranking as the driest place on the planet, it can still surprise at times. Every few years the Atacama experiences the phenomena of desierto florido or ‘desert in bloom’. Thanks to climatic conditions corresponding to El Niño, which warms the Pacific Ocean and alters the flow of the air around the region, heavy rainfall can trigger the germination of millions of flowers. The result is a blooming carpet of bright color in the otherwise bare desert plain – a truly remarkable sight. This phenomena can only be seen in places such as the Huasco region of the Atacama, and during the period between September and November in years experiencing unusually high levels of precipitation.

But despite the aridness of Atacama, these incredible blooms aren’t actually that surprising for scientists: experts believe that over 1,900 species of plants and animals can be found in the region – with over a third believed to reside in the Atacama Desert itself.

A climate that preserves human history

While the unique aridity of the Atacama has resulted in a geologically significant and beautiful landscape, the absence of water has proven favorable for archeologists, as the environment offers the ideal conditions for preserving human remains. Mummified bodies, tools, and bones have all been discovered close to San Pedro de Atacama, allowing archaeologists to theorize that inhabitants were first resident in the region in 11,000 BC. 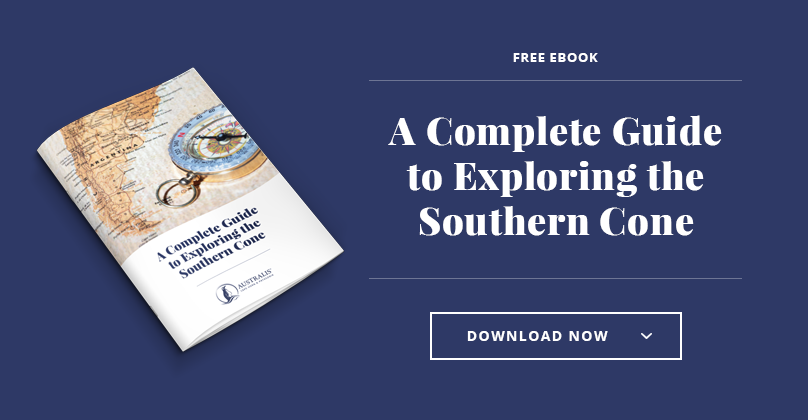 […] 660 miles (1064 km) north to Calama, from which a one and a half hour bus ride leads directly to San Pedro de Atacama. This tiny oasis town set in the middle of the Atacama Desert is deservedly one of the top tourist […]

5 Reasons Why Alaska is an Adventure Traveler's Paradise

[…] comparable only with places such as Antarctica, the pristine fjords of Chilean Patagonia and the Atacama Desert. In Alaska, you’ll find yourself learning what it must have felt like as one of the original […]