What are Magellanic penguins?

Magellanic penguins or spheniscus magellanicus are a medium-sized species of penguin named after the explorer Ferdinand Magellan, who was the first to record the animal during an expedition in 1519. They are identifiable by their distinctive white band which loops from each eye and meets at the underside of the throat. As a species, they are very closely-related to the African penguin.

Where do they live?

Endemic to South America, the Magellanic penguin lives during breeding season in colonies predominantly located in southern Chile, along the coasts of Argentina, and in the Falkland Islands. Medium in size, they can survive for up to 25 years in the wild and are the most common penguin found in Southern Chile. For the location of their colonies, areas of grassland or tussac grass are preferred, as the ground here is most suitable for the burrows that the penguins use as their nests. Given that they live beneath ground, it’s often hard to conduct an accurate census of their numbers.

Normally arriving to their colonies in September, it is the males who prepare the nest as they await the return of the females – then they work together to incubate the eggs for a period of three months. Chicks normally hatch at the end of December and in March, at which point the whole colony begins its migration north towards warmer climes and to follow the movement of anchovies, their preferred type of fish. During this period, penguins have been known to migrate as far north as Rio de Janeiro in Brazil, and even up to 3,000-miles (4,820km) north to Parque Paracas in Peru.

Where are the best places to see Magellanic penguins?

The Magallanes and Tierra del Fuego regions of Chilean Patagonia have at least 10 colonies of Magellanic penguins, many of which are accessible by boat. Estimates suggest that over 200,000 pairs exist in Chile – a proportion of the 1,800,000 breeding pairs in the world.

A tiny series of islands and outcrops of rock in the Strait of Magellan, a colony of over 4,000 Magellanic penguins breed and raise their chicks here during the winter months of the southern hemisphere. Although landing on the islands to get closer to the birds is forbidden in case it disturbs them, it is possible to get very close to the beach in Zodiac boats. From here, the animals can be watched nesting in their burrows or waddling in and out of the water. Also located in the Strait of Magellan, Magdalena Island has the largest Magellanic penguin colony in Chile and where it’s even possible to hike a path that passes through the 60,000 pairs of penguins that nest here. Declared to be a national monument in 1982 because of its importance as a breeding site, Magdalena Island and nearby Marta Island have been subjected to a long-term monitoring program. This was aiming to measure the impact of tourism in the region, with findings indicating that the populations of penguins found in the area are increasing and even spilling over onto other nearby islands with no indicated negative impact to be found.

What are the main threats to the species?

Magellanic penguins are currently classified as a threatened species, specifically due to the threat of oil spills which kill up to 42,000 penguins per year. The displacement of fish populations caused by climate change has also resulted in the penguins having to swim on average an additional 25 miles from their nests in order to hunt for food.

Another threat facing the Magellanic penguins in Chile and wider Patagonia is that they are sometimes hunted for bait and can also get caught in fishing nets. An increase in rainfall as a result of climate change has also been seen to be deadly to Magellanic penguin chicks, particularly those aged between 9 and 23 days which cannot be protected from the rain by their parents. 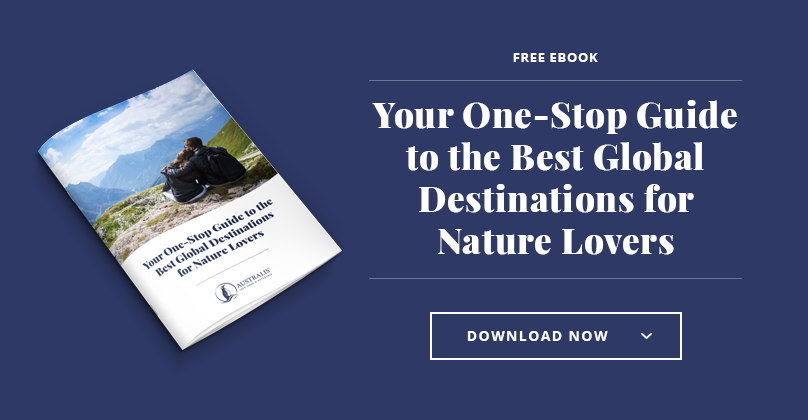 A Marine Diet: What Do Penguins Eat?

[…] groups includes the northernmost penguin species, the Galápagos penguin, alongside the Magellanic, Humboldt and African penguins. Found in habitats ranging from the Galápagos Islands, the coasts […]

[…] colonies at Tuckers Islets and Magdalena Island are two of the most important breeding colonies in Chile. Best visited between November and March […]

From Penguins to Pumas: 5 Chile Animals to Spot on Your Next Trip

How Long Do Penguins Live and Other Important Facts

[…] that inhabit places further north include Magellanic penguins, who range from Isla Magdalena in the Chilean fjords to Punta Tombo in Argentina, as well as the […]

[…] expedition cruise ship tour to follow in Darwin’s footsteps. Land on islets brimming with Magellanic penguin colonies and sail through the fjords of Alberto de Agostini National Park – one of the remotest parts of […]

What Can You Expect to See on a Cruise from Ushuaia to Punta Arenas?

[…] October and March, over 150,000 Magellanic penguins reside on Tucker Islets and Magdalena Island in the Strait of Magellan. The latter island allows […]