Always ranking highly on travelers’ bucket lists to South America, the Galápagos Islands are a spellbinding paradise of unique, scientifically significant wildlife species and are located 620-miles (1000-km) off the coast of Ecuador.

Although the islands have been capturing the imagination of visitors to South America for decades, how much do you actually know about this spectacular ecosystem? Read on for 10 of the most amazing facts that you never knew about the Galápagos Islands.

The Galápagos tortoise gave its name to the islands

‘Galápago’ means ‘large tortoise’ in Spanish and these natural wonders are the reasons why the islands are known by this name today. Living up to 170 years, the Galápagos tortoise is one of the largest types of tortoise in the world and can store food and water so efficiently that it can go without eating or drinking for up to a year. Instead, it can break down its body fat to produce water when required. Although Darwin landed on the island of San Cristobal in September 1835, they had been first recorded by Fray Tomas de Berlanga, the fourth Bishop of Panama, years previously in 1535. They were mapped 35 years later under the appropriate name of “The Island of Tortoises”.

Neither did he come up with the theory of evolution

In fact, it had already been developed by Naturalists by the end of the 18th century. Instead, Darwin posited the idea of natural selection thanks to his encounters with the 14 finch species he observed on the island. The Galápagos penguins are also distinctive: the only species of penguins to live north of the equator, they have developed distinctive methods of thermoregulation to adapt to warm weather. These include walking on land with their flippers over their sensitive feet to prevent the sun from burning them.

Amongst Galápagos’ other weird and wonderful wildlife, the scolopendra centipede is an 11-inch (28-cm) long carnivorous centipede. It’s not unusual for it to devour whole lava lizards or baby rats.

The marine iguanas have an exceptional skill

The marine iguanas found on the Galápagos are also the only known lizards which can swim, and were believed to have originally arrived on the islands clinging onto debris brought over by the currents of the Pacific Ocean from South America. While the Flightless cormorants have lost one of theirs

The Flightless cormorant, endemic to the Galápagos Islands, is the only cormorant in the world that does not have the ability to fly. Having evolved in this habitat free of predators, it did not need to be able to fly and is now the largest of all the cormorant species. Its wings are around one third of the size that would be required for it to take flight.

One of the most fascinating features of the Galápagos Islands is the way that the animals demonstrate examples of mutualistic symbiotic relationships with other species. This has been seen between the Galápagos tortoise and some species of the Galápagos finch. The tortoise allows the finch to remove ticks from its neck; this rids the former of a potentially harmful parasite and gives an easy meal to the latter.

And the islands are home to a very unusual postal system

On what has become known as Post Office Bay, sailors in the 19th century set up a wooden barrel on Floreana Island to act as a makeshift post box and allow them to communicate with loved ones at home – even if they were not going to be travelling back any time soon. Other sailors would pick up letters addressed to those in their home port and hand deliver them – sometimes after a period of many years. The tradition is continued to this day by tourists visiting the island.

There were other, less salubrious visitors to the islands than the sailors who washed up on these shores. Although now regarded as a haven for magnificent and unique wildlife, the Galápagos were originally used by pirates as a well-located hideout for their loot and a good source of food thanks to the abundance of the giant tortoises roaming there. Luckily, there are no pirates on the Galápagos today! 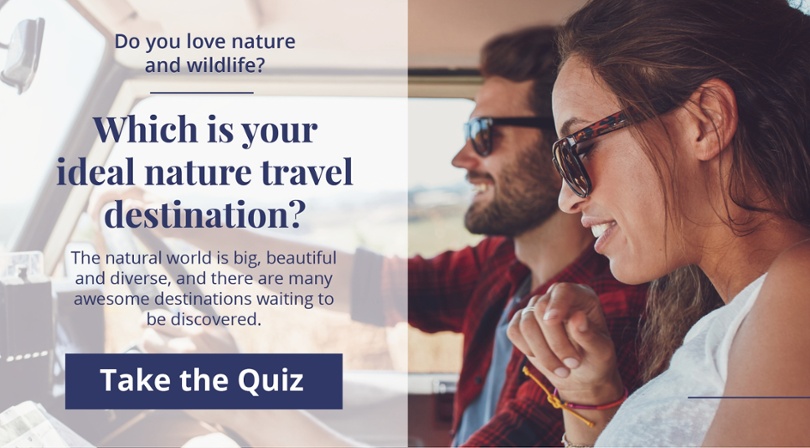 […] winds found at this meeting point of three oceans. The HMS Beagle continues on its journey north to the Galapagos Islands. Here, the naturalist forms his ground-breaking theory of […]